The actual disease burden is believed to be higher, however, since Heartland virus is still not well known and tests are rarely ordered for it. No side has bettered 20 points against the well organised Wild Knights in their nine matches so far. The Sungoliath average 62 points and nine tries per game, with an attack spearheaded by the competition’s leading point-scorer, Beauden Barrett. Ireland are second in the group on 11 points behind Japan (14 points), whose match against Scotland (10) in Yokohama on Sunday has been thrown into doubt due to Typhoon Hagibis. Eleven Wild Knights were recently named in the Japanese squad for next month’s historic match against the British & Irish Lions. That’s a big tick of approval for the 29-year-old ex-Saracens and London Irish rake, who stood out to Rennie through his scrummaging. A few of the Scottish and Irish guys played against Japan at the World Cup and we’ve already looked at some of their footage. 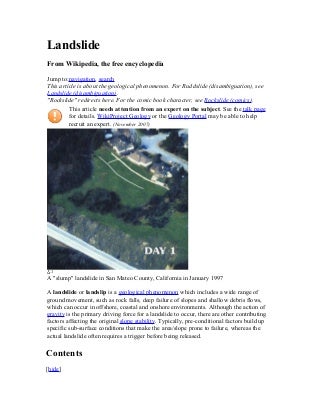 Japan’s group-stage win over two-time World Cup winner South Africa at the 2015 World Cup was widely considered one of the biggest upsets in the tournament’s history. With Royal Ascot getting underway on Tuesday there is much to look out for over what should be a jam-packed five days. A Royal shot! Queen Elizabeth with Chief Instructor, Small Arms Corp LT Col George Harvey, firing the last shot on a standard SA 80 rifle when she attended the centenary of the Army Rifle Association at Bisley on July 9, 1993. The Queen has hunted deer in the past. Getting stuck in: Queen Elizabeth planting a tree at Newmarket Animal Health Trust on October 29, 2009, during a royal visit which marked her 50th year as the charity’s patron. A Royal banquet: Queen Elizabeth speaks at a state banquet at Windsor Castle on March 26, 2008, at the start of a two day state visit by then French President Nicolas Sarkozy. Taking tea: The Queen joined Mrs Susan McCarron for tea in her home in the Castlemilk area of Glasgow on July 7, 1999, as the royal family experimented with a more intimate, informal approach of meeting the public. Two more events remain for Americans to earn one of six automatic spots in the Ryder Cup.

The memorial bears the names of more than 15,000 servicemen and women killed on duty since the end of the Second World War. Tribute: The Queen laying a wreath at the Neue Wache Memorial, a memorial to victims of war and tyranny in Berlin on November 2, 2004, at the start of her three-day state visit to Germany. Memorial: Queen Elizabeth laying a wreath at the gates of Dunblane Primary School on March 17, 1996, after one of the deadliest firearms incidents in UK history. Lest we forget: Queen Elizabeth is pictured on July 20, 2011, during a visit to the National Memorial Arboretum, Staffordshire, where she laid a wreath next to the wall of the Armed Forces Memorial. Travelling Monarch: Queen Elizabeth inspecting an Indian Forces’ Honor guard at the Rashtrapati Bhawan (formerly the Viceroy’s Palace and Secretariat) in the center of New Delhi, India, on October 13, 1997. The visit marked the 50th anniversary of the country’s independence from Britain. Meeting the Pope: Queen Elizabeth talking with Pope Benedict XVI during an audience in the Morning Drawing Room at the Palace of Holyroodhouse in Edinburgh on September 16, 2010, during a four day visit by the Pope to the UK.

Birthday mail: Queen Elizabeth sitting in the Regency Room at Buckingham Palace in London on April 20, 2006, looking at some of the cards which have been sent to her for her 80th birthday. Wedding bells: The Queen is shown at the religious blessing of Prince of Wales and the Duchess of Cornwall’s marriage at St Georges Chapel in Windsor on April 9, 2005. The monarch told guests in a speech at the wedding reception that her son, who previously divorced the late Princess Diana, was ‘home and dry with the woman he loves’. The Queen in 2020: This new portrait of Queen Elizabeth II, the Prince of Wales, the Duke of Cambridge and Prince George shows four generations of the British monarchy and was released to mark the start of a new decade. Diamond wedding: Queen Elizabeth and her husband, the Duke of Edinburgh, re-visiting Broadlands in Hampshire to mark their diamond wedding anniversary on November 18, 2007, where 60 years ago in November 1947 they spent their wedding night.